In a hyper-social world, some seek a little privacy

People are getting more selective about what they want to share, and online firms are picking up on it 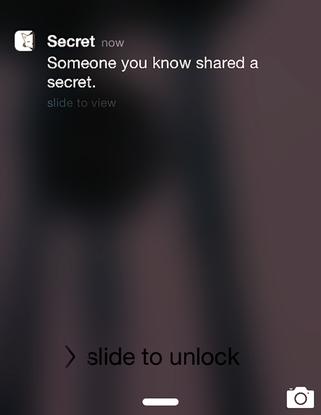 The Secret app lets users know when their friends have posted, but doesn't say who.

After years of cajoling their users into sharing every thought, emotion and selfie, online firms are seeing that providing more private online spaces might also be profitable.

Some recent developments suggest companies are starting to understand that their users don't want to indiscriminately share all of their thoughts and activities online. While they are still sharing plenty, they are also taking advantage of opportunities to mask their identities or share more selectively.

Netflix, for example, is testing a private viewing mode that allows its users to keep titles from appearing in their activity log, or from being shared with friends on Facebook if they've turned on that feature. The change would let you binge on "Keeping Up with the Kardashians" and not worry about your friends judging you for it.

Google, meanwhile, said this month it will no longer require people to use their real name on Google+, reversing a longstanding policy. The company said it recognized that requiring real names had caused "unnecessarily difficult experiences" for some users. It didn't elaborate, but many have been irked at having their posts on YouTube tied to their real names on Google+.

Facebook, too, is accommodating a desire to share more selectively. At the company's F8 conference this year, CEO Mark Zuckerberg said some users have grown scared of pressing "the blue button" that logs them into apps using their Facebook profile. People are anxious about what data the app will be able to access, he said, and about spamming friends to tell them they've installed it. The blue button will soon provide the option to log in anonymously, or select which data an app can see.

They're disparate examples that point to a common theme: Online companies are allowing users to maintain a bit more privacy when they engage with their services. People still want to share online, but they're thinking more about the consequences, and about how and where they do it.

"Companies have realized there's some privacy boundaries to what people want to share," said Justin Brookman, director of consumer privacy at the Center for Democracy and Technology, a nonprofit group in Washington, D.C.

Comments from Zuckerberg reflect the shifting tide. In an onstage interview in 2010, Zuckerberg suggested people were happy to share widely. "People have really gotten comfortable not only sharing more information and different kinds, but more openly and with more people," he said at the time.

Contrast that with Facebook's recent earnings call, when the 30-year-old chief sang a different tune. "One of the things we focus on the most is creating private spaces for people to share things and have interactions they couldn't have had elsewhere," Zuckerberg said. "There's just a lot more [that] people want to express, and they need the tools to express with smaller groups of people."

There are even apps now devoted entirely to anonymity. Since last year, services like Secret, Whisper and Yik Yak have sprung up. They allow people to publish posts as they would on Facebook, but without their names attached.

Many find the anonymity appealing. "In one day, everyone at our school had downloaded Yik Yak," said one teenager who preferred his name not be used. He added, though, that the app has been banned from his school, mainly because of cyberbullying.

Among younger people, "part of it is avoiding the parents, but there's a larger recognition that what you post online could haunt you forever," Brookman said.

Clearly, whether it's on Secret or Google+, some people want a way to disassociate their identities from what they post.

Even Twitter, which likes to call itself the Internet's town hall, has been improving its direct messaging function, which lets people exchange messages privately.

And Facebook has linked up with Secret, in an odd pairing of public and private. The startup recently announced an integration with Facebook, to let users weave more posts from friends into their stream on Secret. Secret says the connections are made anonymously, and that it doesn't store people's real names.

Still, at the end of the day, Facebook and Google are businesses that provide free services monetized through data.

"The upshot for them is, they learn new things about how people use these privacy tools," said Fatemeh Khatibloo, an industry analyst at Forrester who studies digital privacy.

And depending on how people use them, that could help the companies provide better targeted ads. So, have a secret to tell? Facebook wants to help.