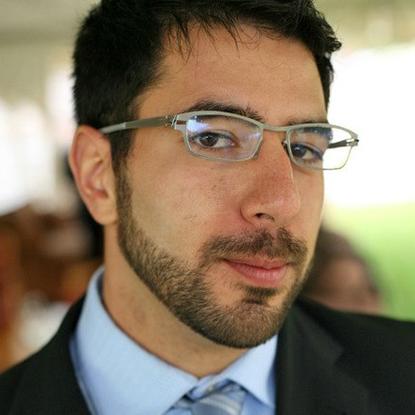 Ashkan Soltani, a security and privacy researcher, is the new chief technologist at the U.S. Federal Trade Commission.

FTC Chairwoman Edith Ramirez announced Tuesday she has appointed Soltani, a security researcher who shared the 2014 Pulitzer Prize for stories about the U.S. National Security Agency's surveillance programs, as the agency's chief technologist.

Soltani will join the FTC in November and offer advice on technology and policy issues, including digital privacy, an area in which the agency has increasingly focused on bringing enforcement actions.

A technology consultant and researcher, Soltani has focused on privacy and security issues for more than 20 years. He previously worked at the FTC in 2010 and 2011 as a staff technologist.

The FTC, in recent years, has treated the chief technologist position as a rotating one, with temporary appointments of tech experts from industry and academia.

During his past work at the FTC, Soltani assisted with privacy investigations of Google and Facebook. He worked as a technical consultant to The Wall Street Journal for the newspaper's "what they know" series investigating online tracking that began in 2010.

Soltani has also worked as a technical expert for multiple state attorneys general. His career also includes a stint as an investigative reporter for the Washington Post, sharing the 2014 Pulitzer Prize for Public Service with his co-authors for the newspaper's coverage of NSA surveillance programs. Earlier in his career, Soltani was employed as a manager and consultant for two security technology companies, including Sophos.

He succeeds Latanya Sweeney as FTC chief technologist. Sweeney is returning to Harvard University, where she founded and directs Harvard's Data Privacy Lab.