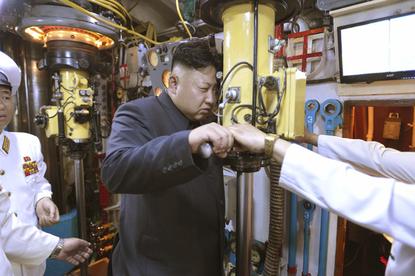 An unidentified North Korean official has denied that his country was behind the hack of Sony Pictures, an online report claimed.

According to Voice of America (VOA) -- the U.S. government's official foreign broadcaster -- a New York City-based North Korean diplomat refuted charges that its hackers, or those it may have sponsored, were responsible for the attack that crippled the studio's computers and, many believe, resulted in the distribution of unreleased movies to file-sharing sites.

The official would have been someone in the isolationist country's United Nations delegation, based in New York, as the U.S. and North Korea have no formal diplomatic relations.

"Linking the DPRK to the Sony hacking is another fabrication targeting the country," the anonymous diplomat told VOA, referring to his country's official name, the Democratic People's Republic of Korea. "My country publicly declared that it would follow international norms banning hacking and piracy."

Although some have speculated that the Sony cyber-attack was triggered by the impending debut of The Interview, a comedy in which a pair of reporters are enlisted by the Central Intelligence Agency to assassinate North Korean leader Kim Jong Un, many security experts have dismissed such speculation.

Others hedged their interpretive bets, however.

"The attack was clearly aimed to create chaos and disruption," said Trey Ford, a global security strategist at Rapid7, in an email. Ford was referring to the malware's practice of wiping a PC's hard drive master boot record, crippling the computer. "This act of destroying machines aligns more with an activist or military operation."

Meanwhile, Ofer Gayer of Incapsula characterized the hack as an "extortion attempt" rather than a traditional criminal hack because the group that claimed responsibility, Guardians of Peace (GOP), demanded Sony change its labor practices and corporate restructuring plans.

Cyber-extortion is typically conducted by activists seeking attention or hoping to embarrass their targets, or for-profit felons, not nation states.