The Upload: Your tech news briefing for Thursday, April 9 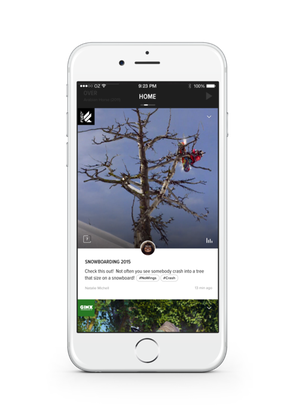 Browsing the feed on the new Oz video subscription app

A Pew Research survey has found that Facebook is the most popular social network among teens, debunking the notion that it was losing ground among the younger generation. While 71 percent of all teens surveyed use Facebook, 41 percent said they use it the most often compared to other sites. Snapchat and Instagram aren't far behind, though.

Icelandic startup Oz is launching a new video platform and mobile app on Thursday that aims to give artists, small businesses and even journalists a platform to publish videos online and get subscription revenue from viewers. Oz videos will be accessible on the Web as well as on iOS and Android. The company suggests that most content creators charge around $5 per month; the platform supports payments in 120 different currencies, with Oz taking a 30 percent cut of producers' revenue.

Is there room for yet another payment system in the busy mobile space? A financial consultant has uncovered an application Microsoft made in February to be a "Money Services Business," Ars Technica reports. The company told the publication that it's too soon to be talking about, oh, Microsoft Payments, to pick a name.

After a Bulgarian reseller of Google ads was apparently compromised, a large number of ads it distributed redirected users to Web-based exploits that attempted to install malware on their computers, according to researchers at Fox-IT. Once attackers manage to push malicious ads onto a large advertising network, those ads get displayed on popular, generally trusted websites -- and website owners have no control over which ads are displayed.

Google must change how it handles users' private data in Germany by the end of the year, a German data protection authority ordered on Wednesday. At issue is how the company combines data gathered by its different online services into one user profile, without obtaining consent. The decision overrules a Google objection to a similar order handed down last September.

Taking a cue from the popular Docker-based Linux containers, Microsoft has developed a container technology to run on its Windows Server operating system. The Windows Server Container can be used to package an application so it can be easily moved across different servers. As with Docker, all the containers running on a single server share the same operating system kernel, making them smaller and more responsive than standard virtual machines.

Dell is topping up its tablet line-up with the Venue 10 7000, which boasts a crisp OLED screen and a 3D camera. The depth-sensing, eight-megapixel camera can identify objects, measure distances, and make Skype chats more fun by changing the background or superimposing images. The $499 version comes with 16GB of storage; add another $130 and you can have an attachable keyboard as well.

It's getting harder and harder to acquire an IPv4 address when you need one -- but there are some people in Romania who may be able to help you. Here's why the quirks of the country's Internet history has left some Romanians with a nice corner on the market.