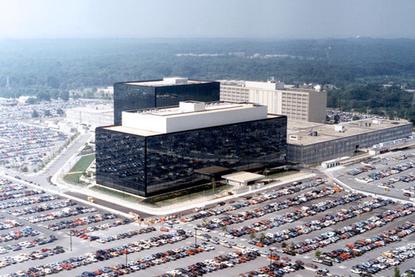 Two U.S. senators are pushing proposals to extend the National Security Agency's domestic telephone records dragnet, but a diverse coalition of civil liberties and advocacy groups have called on lawmakers to vote against those plans.

Proposals by Senator Richard Burr, a North Carolina Republican, and Dianne Feinstein, a California Democrat, to extend expiring parts of the counterterrorism Patriot Act, "contain flaws and omissions that are incompatible with the goal of stopping domestic bulk collection," the coalition said in a letter to Senate leaders sent Thursday.

The proposals from the two senators, both senior members of the Senate Intelligence Committee, "fail to properly address overbroad surveillance activities, and would weaken privacy, civil liberties, and the digital economy," said the letter, signed by 51 companies, trade groups, digital rights groups and advocacy organizations.

Press liaisons for Burr and Feinstein didn't immediately respond to requests for comment on the letter.

Among the groups signing the letter are The Center for Democracy and Technology (CDT), the America Civil Liberties Union (ACLU), the Gun Owners of America, the Republican Liberty Caucus, and left-leaning mobile carrier Credo.

Section 215 the Patriot Act, the provision the NSA has used as authorization to collect millions of domestic telephone records, is scheduled to expire Sunday night, but the Senate is scheduled to return earlier in the day to debate whether to extend it.

In a joint press conference Friday, the ACLU and conservative activist group Tea Party Patriots called on the Senate to vote against a straight renewal of Section 215. The Tea Party group supports the USA Freedom Act, a bill that limits NSA phone records collection while extending Section 215, said Jenny Beth Martin, its president.

While Martin said the USA Freedom Act would be a positive step toward surveillance reform, ACLU executive director Anthony Romero called on the Senate to kill Section 215 entirely to allow time for a national debate about counterterrorism surveillance.

Killing Section 215 would "allow the country and the Congress to have a proper conversation about what surveillance powers are necessary and what oversight mechanisms are necessary to make sure they're not abused," Romero said. "It's a time for us to keep that debate going and not to short-circuit it in some type of 11th-hour, backdoor deal."

Last week, before a week-long break, the Senate failed to renew Section 215 or pass the USA Freedom Act. That act ends the NSA's bulk collection of U.S. phone records, while allowing the agency to search domestic phone records in a more targeted manner.

Burr's draft proposal, presented as a compromise between the USA Freedom Act and a renewal of Section 215 with no new limits, would allow the NSA to restart a bulk telephone collection program using other surveillance authorities, according to an analysis by CDT. Burr's proposal would also give the FBI new authority to demand electronic transaction records from companies, CDT said.

Feinstein's proposal would allow the NSA to continue to collect telephone and business records under the broad language that the information is "consistent with the purpose and need to obtain foreign intelligence information," CDT said.

Feinstein's proposal would allow the FBI to require that telephone carriers retain all their call records for two years, even though officials with President Barack Obama's administration have said that the carriers' current data retention policies are sufficient, CDT said.

Meanwhile, in a protest launched late Thursday by digital rights group Fight for the Future, about 14,000 websites have agreed to block access to the sites to IP addresses coming from Congress. Congressional visitors to the sites are instead redirected to BlackoutCongress.org, which shows nude pictures of protestors, with the hashtag, "#ifeelnaked."