Over 66 percent of the malware's victims were from the US 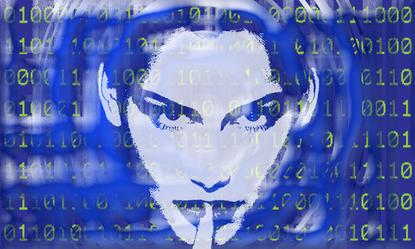 A computer Trojan that hides its malicious code inside PNG image files counts healthcare organizations in the U.S. among its primary targets.

The Stegoloader Trojan uses digital steganography techniques to sneak past computer and network defenses. It originally appeared in 2012, but has seen a resurgence over the past several months.

According to a recent report from Dell SecureWorks, the Trojan is designed to steal files, information and passwords from infected systems, but has additional modules that extend its functionality.

During the Stegoloader infection process, a temporary deployment component downloads a PNG file from the Internet. This is a functional image file, but hidden inside, among its pixels, are small bits of encrypted code that get extracted and are used to reconstruct the Trojan's main module.

Neither the PNG image or the Trojan's main module are ever saved to disk. Instead, the whole process happens in the computer's memory and the Trojan is loaded directly into memory as well.

The technique of using fileless components has increasingly been used by malware authors over the past couple of years, including by cyberespionage groups. It makes malware threats much harder to detect and investigate.

Using digital steganography to hide malicious code is not new either, but it's an increasingly used technique. The goal is to bypass network-level malware scanners that inspect content flowing in and out of the network.

According to statistics from antivirus vendor Trend Micro, over the past three months Stegoloader infections were detected primarily inside organizations from the healthcare, financial, and manufacturing industries. Over 66 percent of the victims were from the U.S.

"Notably, all healthcare organizations affected by the malware came from the North American region," the Trend Micro researchers said Wednesday in a blog post. "There have been recent successful breaches exposing millions of customer files of healthcare organizations like Anthem and Premera Blue Cross. Although yet to be seen in attacks, steganography can potentially be a new technique cybercriminals looking to perform healthcare attacks can use to expose medical records in the future."

Security researchers from both Dell SecureWorks and Trend Micro believe that the practice of embedding malicious code inside image files to evade detection is an emerging trend and will become even more popular with attackers in the future.