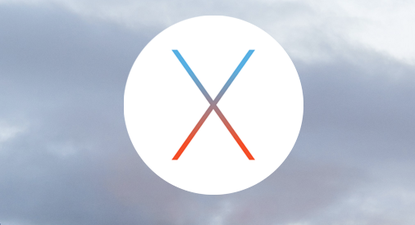 Malware that encrypts files unless a payment is made has been an exclusive risk to Windows machines. The “Mabouia” malware for Apple’s OS X now could pose a similar threat to Macs.

Malware that encrypts the files of PCs has become a growing problem internationally. TorrentLocker, CryptoWall and TeslaCrypt are just three variants of crypto-ransomware that have targeted Windows machines in Australia, locking up victims’ files until a payment of around $300 is made.

The key threat to Windows machines is that ransomware is often distributed by so-called exploit kits that can automatically install malware if a browser visits an attack web page. The threat is also delivered in phishing email.

The FBI has estimated the cost to US victims alone has amounted to $18 million in losses over the past year. Android and Windows devices have been targeted by different variants of crypto-ransomware but Apple’s desktop and mobile operating systems, which have a smaller marketshare across categories, have been ignored.

Now the ingredients for criminals to attack Mac OS X desktop machines are here, according to Symantec, which on Wednesday confirmed that a tool “could be used to create functional OS X crypto ransomware”. That is, if cybercriminals get their hands on it.

Symantec said Brazilian cybersecurity researcher Rafael Salema Marques sent it and Apple a sample of his proof-of-concept malware, and the security vendor has confirmed the ransomware does what the researcher claimed.

That’s different to criminals actually distributing a ransomware product that encrypts OS X files, but as Symantec points out, the existence of such a tool is a reminder that Apple’s desktop is “not immune to crypto ransomware”. Ransomware threats to Macs have existed but they’ve been limited to locking down a browser and haven’t encrypted files.

The vendor said he’d written the program to prove the point “that Macs may not be immune to the threat of ransomware”.


Marques called his Mac ransomware “Mabouia”, which Symantec recognises as OSX.Ransomcrypt, and describes as a “Trojan horse that encrypts files on the compromised computer and displays a ransom demand” discovered on November 9.

The good news for now is that Margues has said he has no intention to release his software, said Symantec. That could of course change if if the researcher himself is hacked and his method of attack becomes available to criminals.

Symantec hasn’t detailed the attack vector, but notes: “Mabouia follows the tried-and-tested model used by many ransomware variants of encrypting files on the infected computer and sending the encryption key to a command-and-control (C&C) server,” said Symantec.

“The malware displays payment instructions on the infected computer, including a unique ID the victim would need to use to retrieve a decryption key. This key can potentially be sent to the victim upon payment of a ransom.”

Marques however has posted a video on YouTube detailing his attack, which can be viewed here and prefaced by his message: “The purpose of the video is to disseminate my work and create a cyber situational awareness destroying the myth that there is no malware for Mac OS X.”

Participate in CSO and Gigamon's survey on Security Priorities today!

Go into the draw for a chance to win an Apple iWatch Sports or the equivalent of $500 Visa Cashcard.