Hacking Team postmortem is something all security leaders should read

Exploring the takeaways of a targeted attack 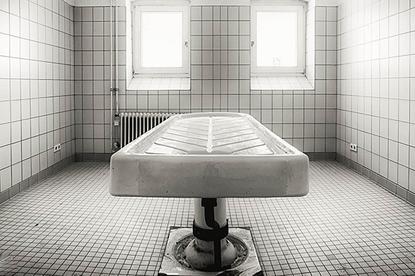 Hacking Team is back in the news again. Last weekend, the person responsible for Hacking Team's meltdown posted a recap of the incident, including a detailed overview of how they hacked the Italian firm.

It's a fascinating read on its own, but the postmortem should be essential reading for anyone that supports or manages a security program.

Hacking Team is an Italian company that sells intrusion and surveillance tools to governments and law enforcement agencies. Nine months ago, their world was rocked after someone exfiltrated nearly 400GB of data form their network, including source code and contracts.

How to respond to ransomware threats

The irony is that Hacking Team developed tools that enabled hostile governments to do the exact things that were done to them, so many in the security industry experienced no small amount of schadenfreude at their expense. Over the weekend, the person responsible for the Hacking Team data breach, Phineas Fisher, outlined the hack from start to finish.

"You used to have to sneak into offices to leak documents. You used to need a gun to rob a bank. Now you can do both from bed with a laptop in hand," Phineas Fisher wrote.

"That's the beauty and asymmetry of hacking: with 100 hours of work, one person can undo years of work by a multi-million dollar company..."

To be clear, what happened to Hacking Team is a classic example of a targeted attack. Few organizations could outlast an attacker with knowledge, time, and resources. At the same time, the way Hacking Team managed and developed their network did them no favors.

Fisher took the time to reverse engineer some firmware in an embedded device and develop a new exploit. This Zero-Day vulnerability enabled persistent access, because he used it once (and only once) to plant a backdoor into the network.

Ultimately, a poorly configured iSCSI was Hacking Teams downfall, but there were other issues too – such as services deep within the network exposed to less secure subnets, MongoDB instances with no authentication, backups that had passwords stored in plaintext, as well as weak passwords everywhere – including on critical systems.

So what are some takeaways form the post-hack outline? Sarah Clarke, from infospectives.co.uk, shared some of her thoughts on the matter, including the fact that everyone's threat level just went up a bit.

"Despite being almost a decade away from the network coalface, I, without much trouble, and a little help from my friends, could do everything listed. What will stop me is fear of prosecution, ethics, and a strong analytical ability to see short, medium, long-term implications," she said.

Considering the outline and processes documented by Phineas Fisher, Clarke did what many security leaders would and searched for "what's next" – what can organizations with concerns about these types of attacks monitor for?

If your organization faced a similar attack, what would common enterprise monitoring tools spot, if configured correctly? What amendments to IDS/IPS, log monitoring, vulnerability scanning, pen test scoping, SIEM alerting, or alert analysis need to be made or augmented?

Andy Settle, head of special investigations for Austin-based Forcepoint, had some additional thoughts, which are produced below.

"The attack was targeted and had every intention of getting in. This type of threat needs to be addressed by asking 'when?' and not simply 'if?' Once inside the company network, the hacker managed to traverse the company infrastructure with little difficulty," he said.

"Protecting the soft-skinned inner workings of an organizational infrastructure is equally important. Minimizing the services within a company network is just as essential to minimizing those presented to the outside world."

Firewall logs can give advanced warning of these types of attacks. Network mapping, port scanning and enumeration may well be countered by the firewall and Intrusion Prevention Devices (IPS) but to not monitor and assess the data they produce is to lose the Indicators & Warnings (I&Ws) that could indicate that something was likely to happen.

"There should be no surprise that updates and patching are essential. [Phineas Fisher] was able to exploit a known vulnerability within the network management system Nagios. Interestingly, the attacker became aware of the Nagios system only after they "spied" on the sysadmins," Settle explained.

Watch and Protect the Privileged:

We often say that one of the greatest challenges is monitoring those with privileged accounts. Many organizations, especially government related require security clearances to protect from the insider threat. However, what this incident teaches us that once in, the bad guys make a beeline for the sysadmins to monitor their activities in order to gain greater knowledge and understanding of the company and its infrastructure.

"There is somewhat of a mind-set change here, should we not be monitoring the privileged users and their workstations? Not because we do not trust them, but for their own protection and to ensure they are too are not being watched by network sniffers, key-loggers etc.?" he added.

"One final observation is that a lot of data was ex-filtrated. Why was this not noticed? This is hardly uncommon in attacks where intellectual property is the target. Implementing a Data Theft or Data Loss Prevention (DTP/DLP) solution and monitoring will lessen the likelihood and potential impact of this type of attack," Settle said.