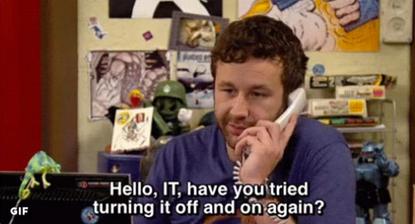 By now all of you must have heard about the debacle that is the latest census. The intent of going electronic was right, but the execution left a lot to be desired! Unfortunately, the issues we had with the site has had a number of negative consequences. A full review will be commissioned, but in the meantime we can expect “heads to roll” and the IT supplier is likely to have to pay some sort of compensation. However, from my perspective, the biggest fallout is the big dent in confidence that this debacle has led to with the general public. Indeed, it will be a pity if this issue leads to future technology projects not getting off the ground due to this general lack of confidence.

Having looked at the potential fallout, let’s try and analyse what may have potentially happened. I am using the word ‘potentially’ here as no formal investigation has been conducted and as a result there is no official word on this. From what we have read and heard, any one of the following scenarios could have occurred:

As stated before, without a full investigation being conducted, it is difficult to say which of the above may have eventuated.

Having discussed the possible scenarios above, let’s now look at the mitigations that could have been in place to prevent the issue. I will only concentrate on the first three as these are the likely scenarios:

The government’s initiative to use electronic means to carry out the census was a good call in utilising technology to make things more efficient and effective. Unfortunately, the execution was not quite on the mark and has potentially led to a general loss of confidence in projects of this type. A number of possible causes for this issue has been discussed ranging from overseas and local DDoS attacks to the infrastructure not being able to handle peak load. I have discussed some simple steps to mitigate these issues ranging from technology solutions to mitigate DDoS attacks to simple steps around load testing and then implementing technology solutions to address any issues determined. One can only hope that all parties involved can learn some key lessons from this situation and that we do not get a repeat of this with future technology initiatives.