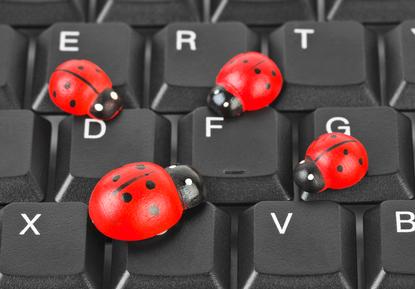 Starting this month the European Commission (EC) will kick off a series of bug bounties aimed at finding and patching security bugs in open source software (OSS).

The EC selected software it would fund bug bounties for based on previous inventories of software usage within the EC and a public survey about what projects should be supported.

Julia Reda, a member of the European Parliament from the German Pirate Party who's been leading the open source project, announced the new bug bounties this week.

The bug bounties are part of the EC’s Free and Open Source Software Audit (FOSSA) project that was kicked off in response to the 2014 discovery of the Heartbleed bug that affected the OpenSSL cryptography library.

OpenSSL is an implementation of the Transport Layer Security (TLS) protocol that’s widely used in Linux distributions like Ubuntu and Debian for encrypting payment data and email on the web.

The first phase of FOSSA that commenced in 2015 focussed on an inventory of free software the EC relies on and how software developers handle security in their projects.

The second phase, dubbed FOSSA 2, extended the project for three more years and ran a few bug bounties as a trial run for future bounties. Those were aimed at bugs in Apache and KeePass.

The bug bounties will be run on third bug bounty platforms HackerOne, a US firm, and Intigriti, a Belgium firm.