​ Why IoT Security Is so Critical 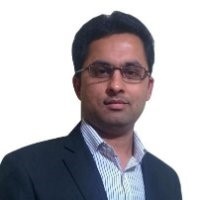 This is indeed the era of the Internet of Things, wherein digitally connected devices encroach on each aspect of people’s lives, which include homes, cars, offices and even bodies. IoT is growing at a dangerously fast pace and researchers estimate that around 2020, the number of active wireless connected devices would exceed 40 billion.

Some of the scary vulnerabilities found on IoT devices brought security a step up to the stack of concerns that should be addressed right away. Researchers found important vulnerabilities in a huge range of IoT baby monitors that could be leveraged by hackers to carry out harmful activities, such as monitoring live feeds, authorizing other users to view and control the monitor remotely and change camera settings.

In another development, web-connected cars was proven to be capable of being compromised, and hackers could carry out several activities that are malicious, which include unlocking doors, controlling the entertainment system and even shutting down a car that is in motion.

Wearables also become a threat source to one’s privacy, as hackers use motion sensors that are embedded in smart watches to steal information or they could gather health information from smart watch applications or health tracker devices one may be using.

WHAT IS BEING DONE TO SECURE THE INTERNET OF THINGS

The silver lining is that the Internet of Things security, ignored previously now has become an issue of high concern, even at a federal government level. Numerous measures are being taken to gap holes and prevent breaches in security at the device level. Moreover, efforts are being led to handle major disasters before they come to pass. Nowadays, security organizations and manufacturers are joining ranks to help secure the Internet of Things world before it gets out of control. The digital company Gemalto plans to use its experience on mobile payments to help in securing IoT devices. It will offer SET or Secure Element technology to utility and automotive companies. SE is a tamper-resistant component, which gets embedded into devices to enable advanced digital security as well as life-cycle management through encryption of and access-control limitation to data that are sensitive.

Also, Microsoft is also joining the fray, and promised to add BitLocker encryption as well as Secure Boot technology to Windows 10 IoT, the operating system of the software giant for the Internet of Things devices as well as platforms like the Raspberry Pi. BitLocker is an encryption tech that could code whole disk volumes and featured in Windows operating systems since the Vista edition.

IoT SECURITY NOW HAS BECOME AN ISSUE OF HIGH CONCERN

The security of the Internet of Things which is ignored before is now a high concern issue. Also, it has given rise to new alliances. A conglomeration of leading technological firms, like Vodafone founded the IoT Security Foundation, which is a non-profit body that would be responsible for vetting web-connected devices for flaws and vulnerabilities and offer security assistance to tech providers, end users and system adopters. Other organizations work on setting up platform that enables big networks of IoT devices to determine and authenticate each other to offer higher security as well as prevent breaches of data.

Research is also being done to boost IoT security via device and smart phone linking. The effort is led by University of South Hampton experts who believe that smart phones could help overcome the limits of IoT devices in user interfaces as well as networking complexities.

During its life cycle, IoT might be connected to various backend systems, be reconfigured, change ownership or stay in its original configuration and roles. It may or may not be upgradable, and in the same way may or may not accept more software functionality, like malware detection and removal or virus scanning. As a result, security solutions for the devices, especially benefit from the strong hardware-based security, and legacy devices should be protected behind purpose-built gateways. There is no company that could deliver all this for the Internet of Things. Developer platforms and kits enable innovation into horizontal and vertical markets, such as delivering specific solutions, which are purpose-built and represent new business opportunities.

There isn’t a silver bullet or simple solution that would secure such a diverse devices collection. Numerous vendors and integrators likely would be involved over the lifetime of the device, requiring a collaborative mix of standards-based, proprietary and open-sourced components. Also, there is no single, perfect level of security. Various devices at different companies have varying risk profiles. Creating just the right security level is achievable, through evaluating the risk, use and capability of every device. IoT security focus is more on data than the device. Data protection, when stored, in process or in transit, allows one to provide privacy and security simultaneously.

With the immense use and importance of the Internet of Things, it has become paramount to secure it. IoT security is so critical because private information could be stolen from the use of connected devices.