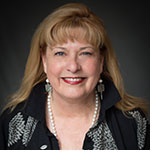 Growing up as a girl from the Australian bush, the United Nations was a long distance away, physically speaking, but not as far from my thoughts as one might think.

You see, I was a big Audrey Hepburn fan, and Hepburn’s service as a goodwill ambassador for the United Nations International Children’s Emergency Fund placed UN participation on my radar as a worthy, albeit improbable, dream to which I should aspire.

I am blown away that this dream is about to come true.

I will soon be part of the official Australian government delegation to the 62nd session of the UN Commission on the Status of Women. The session, which will take place 12 March to 23 March at UN headquarters in New York, will focus on how technology can help empower rural girls and women. It will be an honor to collaborate with Gillian Bird, the Australian ambassador to the UN, the Honourable Kelly O’Dwyer, Australia’s Minister for Women, and several other distinguished Australians to address a topic about which I am extraordinarily passionate. I will serve as one of only two members of the Australian delegation who work outside government.

Before going any further, I feel compelled to express my gratitude to ISACA for setting this incredible opportunity in motion. It is the work that I have done through ISACA, and particularly as a champion for the SheLeadsTech program, that opened the doors for me to be considered.

Throughout my career in the technology field, I have had to demonstrate considerable resilience, often finding myself to be the only woman in the room at a given meeting, conference session or client engagement. I have often had to persevere in the face of biased thinking and work environments. While I am a big believer in the importance of developing perseverance, I will continue to work toward a world in which the career path for the next generation of women in the tech workforce is much smoother than the one I encountered.

In addition to the work in which our delegation will participate – which will result in a publicly released report detailing our findings and recommendations – I look forward to the new connections that I will make in the coming weeks and months. Many influential people and groups are keenly interested in the UN Commission on the Status of Women, and this will be a prime opportunity to expand my network of like-minded advocates for women in the technology sector. Building global alliances, after all, is one of the three pillars of the SheLeadsTech program, and what better place to do so than at the UN?

I look forward to keeping the ISACA global community updated on the progress of the Commission on the Status of Women. While walking the corridors of the UN will be a new and thrilling experience for me, advocating for rural women and girls, for women in the tech industry and for the empowerment of women and girls across the world has been a lifelong passion. I pledge to make the most of this honor by doing my part to move this incredibly important work forward.