Connecting brands with IT. A large-scale “stamina game” – in which ever more-resourceful cybercriminals are proving adept at avoiding “self-defeating” signature-based protections – was likely to intensify as online criminals attacked new technologies, a security executive of one endpoint security vendor has warned. Rapid escalation in the sophistication of CryptoLocker and other ransomware – particularly in Australia – will rapidly clear out a field of contenders as security tools vendors push hard to find new ways of protecting against the malicious software, a security executive of one endpoint security vendor has predicted. 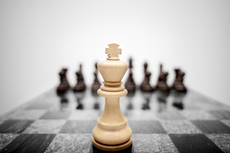 Breached companies regret lack of threat-intelligence foresight, but even users struggling to exploit it well

Four out of five companies that have suffered an IT security breach wish they had had a threat-intelligence platform in place before the attack, according to new research that also found just 1 in 3 respondents consider their company's security defence to be strong enough to protect them. A strengthened focus on channel partners and the capitalisation of recent technology acquisitions will fuel a redoubled assault on the Asia-Pacific endpoint security market as Webroot's newly appointed APAC regional managing director, Robbie Upcroft, settles into his new role as steward of an ever-harder battle against the growing tide of malware actors.